A “cigarette” that’s rolled with specific rolling paper and is filled with ground up weed.

A water pipe that’s used to smoke marijuana flower. The based should be filled with water, you fill the bowl with dried flower, light the weed and breathe in the smoke through the mouthpiece. The water helps filter the smoke before it travels up the neck of the bong into the mouthpiece.

The term bud is another way to refer to the actual flower of the cannabis plant. Bud is a nugget that’s taken off the plant, is ground up, and is then ready to be smoked.

The non-psychoactive agent in cannabis that induces feelings of calmness and relaxation.

Also known as marijuana or weed, cannabis is a psychoactive drug that’s created for both medical and recreational use.

Concentrates are potent cannabis products that typically have very high THC levels and come in the form shatter, wax, or oil.

Dab is a common term for hash oil. The term “dabbing” is the process of consuming highly concentrated cannabis oil by dropping a small amount onto a hot surface and allowing it to vaporize.

Edibles are cannabis products that typically come in the form of brownies, cakes, cookies, or candies which are infused with cannabis and are consumed orally.

The term hybrids refer to a cannabis plant that’s a genetic cross between different cannabis strains.

Indica is a specific type of cannabis strain that induces a full body relaxation and feelings of extreme sleepiness.

Another term for “blunt”, a join is a hand rolled cigarette that’s filled with weed.

Kush refers to a specific line of cannabis plants that hail from the Hindu Kush mountains. Kush strains typically have a unique aroma and are indica variations.

Kief is the collected amount of trichomes that have been separated from the rest of the marijuana flower during the grinding process. It is typically very fine and quite potent.

Marijuana is the general term for the female cannabis plants or their dried flowers.

A slag term that’s used to describe a flower picked from the cannabis plant that is typically dried, ground up, and smoked.

A common term that describes a wide variety of strains by the term originates from Southern Californias “Ocean Grown” Kush.

A commonly used term to describe a pre-rolled blunt or joint that’s filled with cannabis.

One of the three main variations of the cannabis plant, which includes indica and sativa.

A variation of the cannabis plant that induces feelings of energy, creativity, and sociability.

The strain refers to a specific variety of the cannabis plant species. There are countless different types of strains that all vary in flavours, aromas, and desire effects.

An abbreviation for tetrahydrocannabidiol and is one of the most abundant cannabinoids in marijuana. THC is the psycho-active component in cannabis products.

Topicals are non-psychoactive oils, balms, and salves that users apply directly to their body instead of consuming them.

The oily and aeromatic compounds that are found in the marijuana plant.

Crystallized glands that product resin on the cannabis plant.

Wax is a concentrated form of cannabis that’s formed when the cannabis plant is dissolved into a solvent. It’s typically more potent that smoking the flower.

Another term for cannabis and marijuana. Weed is specifically used to reference the flower. 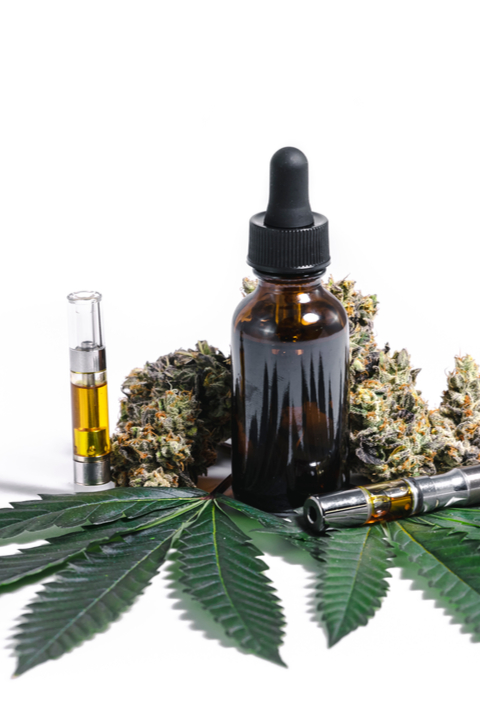 If you have questions about any of the above cannabis terms, or need help with product recommendations, we’re here to help.

Contact our team of cannabis experts and enthusiasts to learn more about our products, about cannabis in general, and about the best ways to consume cannabis.

Let Us Know How We Can
SERVE YOUR CANNABIS NEEDS

Got questions about The Oz Store, our Orléans or Centretown locations, online shopping, home delivery, or about our selection of high quality products? Use this super-handy contact form to let us know, and we’ll get back in touch ASAP. The Oz Store is committed to serving Orléans, Ottawa and communities with friendly service and great cannabis, THC & CBD goods.

FIND US ON THE MAP - Your Orléans Cannabis Store

FIND US ON THE MAP - Your Centretown Cannabis Store

FIND US ON THE MAP - Your Morrisburg Cannabis Store

Get In Touch With THE OZ STORE